Family friends photographed in the woods by Šuňava, a Slovakian village under the Hight Tatras mountains

High Tatras mountains, Slovakia’s landmark on the horizon again. Pleased to be back. It would be here, surrounded by this stunning panorama that we would see family, meet new and old friends. And have inspiring conversations which have a great potential to change our lives for the better.

The next two weeks, we stayed with Iveta, Jozef’s aunt. Also Boris, his cousin who both live in the town Poprad where Jozef grew up.

As our original plans were to take a few more items from here with us to Norway, we first had to check the actual weight of our car. And indeed, we were already fully loaded! So that meant, no further items to carry with us and stick with the minimalistic start we would have up North. : )

The weather was splendid during all our stay. Thus, we spent most of the time outdoors in the beautiful nature. One day, we went swimming in a pond close by. Can you imagine how wonderful it is to swim with huge mountains sticking out of the grounds in the panorama? 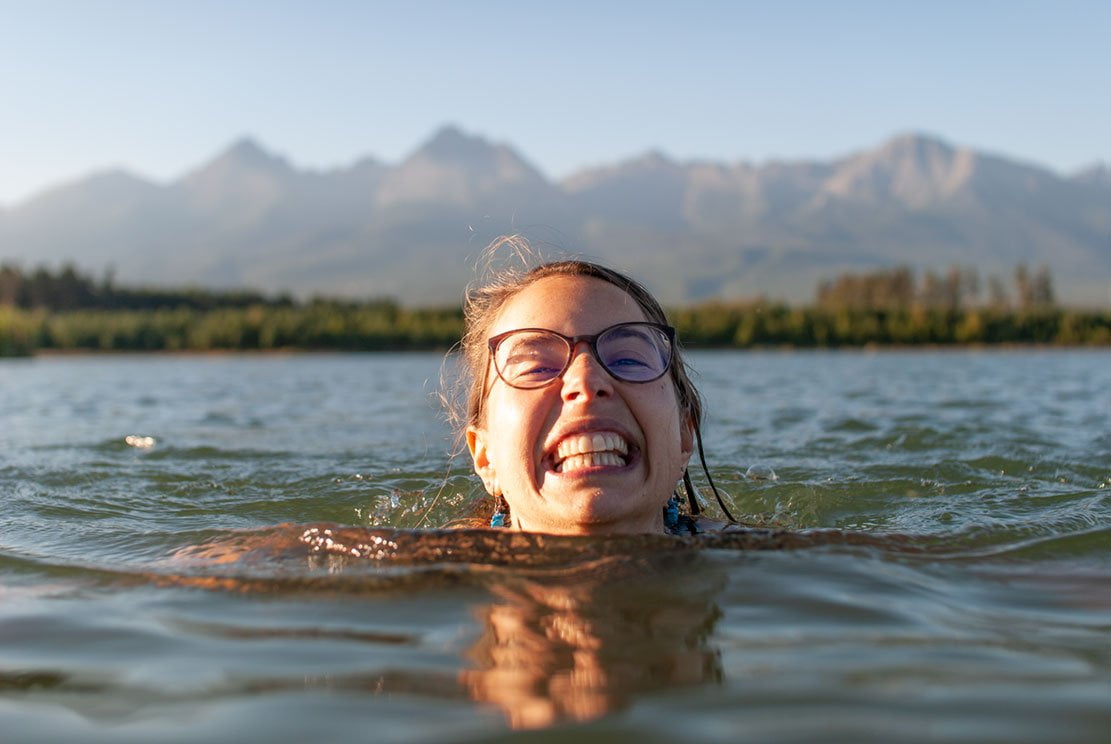 Méline dipping in a gravel pit

On another day, Boris led a walk up to the mountain Kozi Kamen, not far from Poprad. There, he told us what fascinates him about the universe with its planets and stars. Since the age of 12, Boris (who is 25 now) has been passionate about astronomy. Thrilled that there might be other forms of life out there. Amazed by the huge or very small figures when talking about light-years or sizes.

By the way, did you know that when you talk to someone face to face, about a meter apart, you see the person 1/299 792 458 of a second younger than the person actually is? That is because it takes that long for the light (the image of the person you see) to travel to you. That also takes us to the fact that many stars in the night sky you see don’t exist anymore. All you look at is their light still travelling to your eyes, even though they are not emitting it anymore.

To better understand it, imagine that a star is 8 light-years away from you. That means that its light travels 8 years by the speed of light to reach you. Now imagine that the star dies. It will take another 8 years for you to notice it. As its light will be still travelling to you even though it doesn’t exist anymore.

Theoretically speaking, if you would have a possibility to travel faster than the speed of light and travel in the direction of the light from the dead star which just disappeared in your visual field, you could see it again. Even reading its intensities and behaviours. How fascinating.

However, Einstein theory, which is debatable, is telling us that there is nothing faster than the speed of light. The above was just to illustrate the principles to your mind. 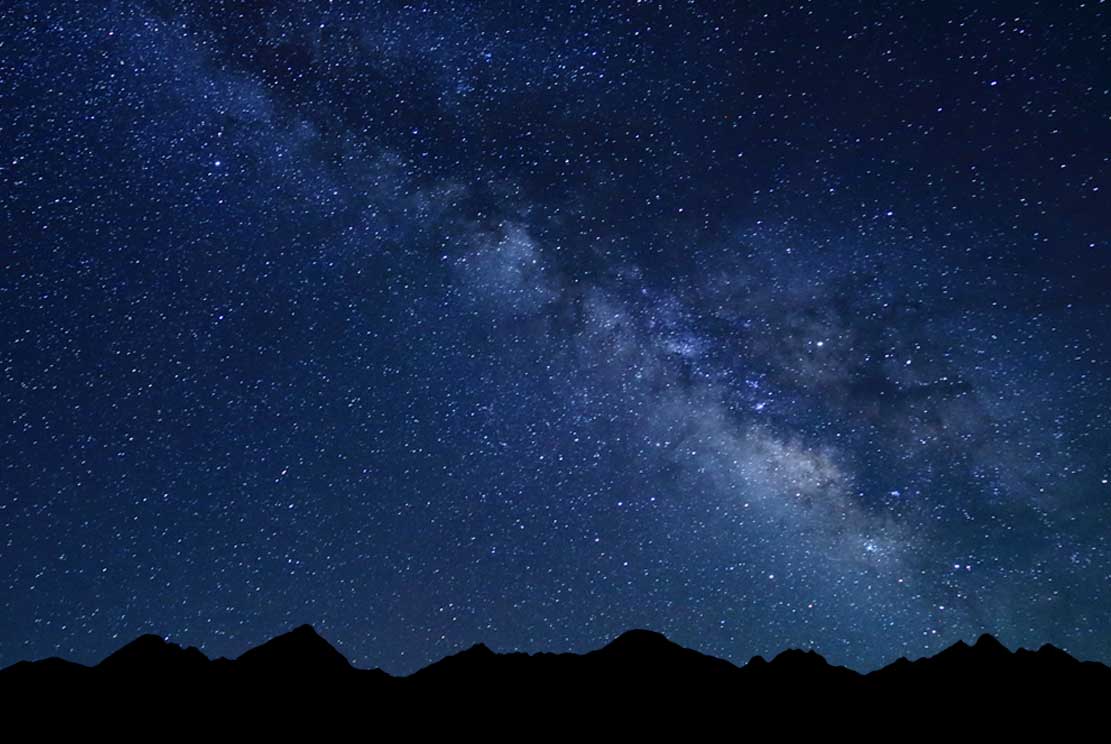 Some of the stars you see don’t exist anymore. It’s just their light still travelling to you. At the bottom you see the mountain range of the High Tatras we spent some time hiking through and bivouacking under the bare skies.

Let’s come back to Boris. On this walk, he also opened himself up to us and told us about his inner life. A life which wasn’t as magical and good at times.

We discussed his ‘black holes’ while hiking. Jozef expressed his perspective on what Boris said and that certainly wasn’t always easy for him to hear. However, there could well be truth residing within the words.

There is something magical about talking while walking in nature, isn’t there? You walk, talk, stop to take in the environment. Then, there is silence which for some reason, doesn’t feel awkward out there. Sometimes, there’s a gentle look to the other but then the gaze slips back to the soil or the horizon. One talks, the other listens, then takes it in and vice versa. Beautiful.

Nevertheless, no matter the environment we find ourselves in, we believe that conversations that make us uncomfortable are important, if not crucial. 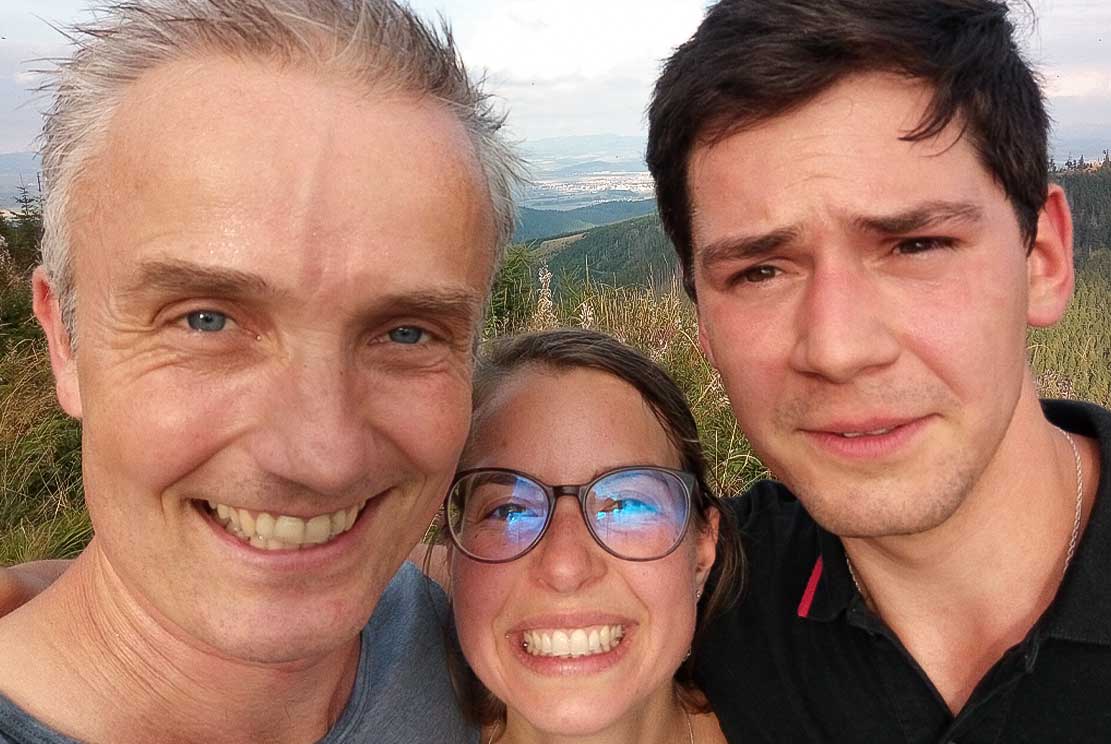 We described it already in the previous blog article. The conversations that put our old, or usual ways of thinking, including consequential (usually automatised) behavioural patterns, into question ‘’shake us‘’.

The reason why the conversations feel uncomfortable is that they uncover behavioural patterns that form our identity (ego). The ego doesn’t like changes much. When these are put into question, we often think of it as a criticism or personal assault and we tend to react defensively. That’s why beliefs about politics or religions or other deeper beliefs might be quite confrontative.

But if we left the ego behind, whenever possible, we would realise that it can help to break the vicious circle to new ways of thinking and acting. Thus bring a better life to us all, if you like.

Friends and other wonders

As the days were passing by we met other friends and spent good quality time together. Vlado, Jozef’s good friend, with his wife Ludka and his children Zuzka, Martin and Peter. As well as Rišo, Katka and Ella. Martin and Juli. Talking about life, parenting, playing around, thinking or just being for some moments.

We were also introduced to Iveta’s friends Marianka and Peter and their two children. Peter is a beekeeper who showed us his beehives. There are in the middle of the woods surrounded by an electric fence and monitored by a camera system. And even though this does help to deter thieves and bears, Peter is helpless to protect his bees from a little mouse.

During winter, when the bees are hibernating, these little mice scratch on the wood close to the entrance of the beehive to lure out some bees. The bees, intrigued by the sound, leave their shelter. This would normally not put the bees in jeopardy because they are quick and could easily sting the mouse. In fact, the mouse itself wouldn’t usually dare to approach a bee as this would be fatal for it. But as the bees are quite drowsy at this time of the year, the mice know that they are an easy catch for them. How clever nature is, hey?! 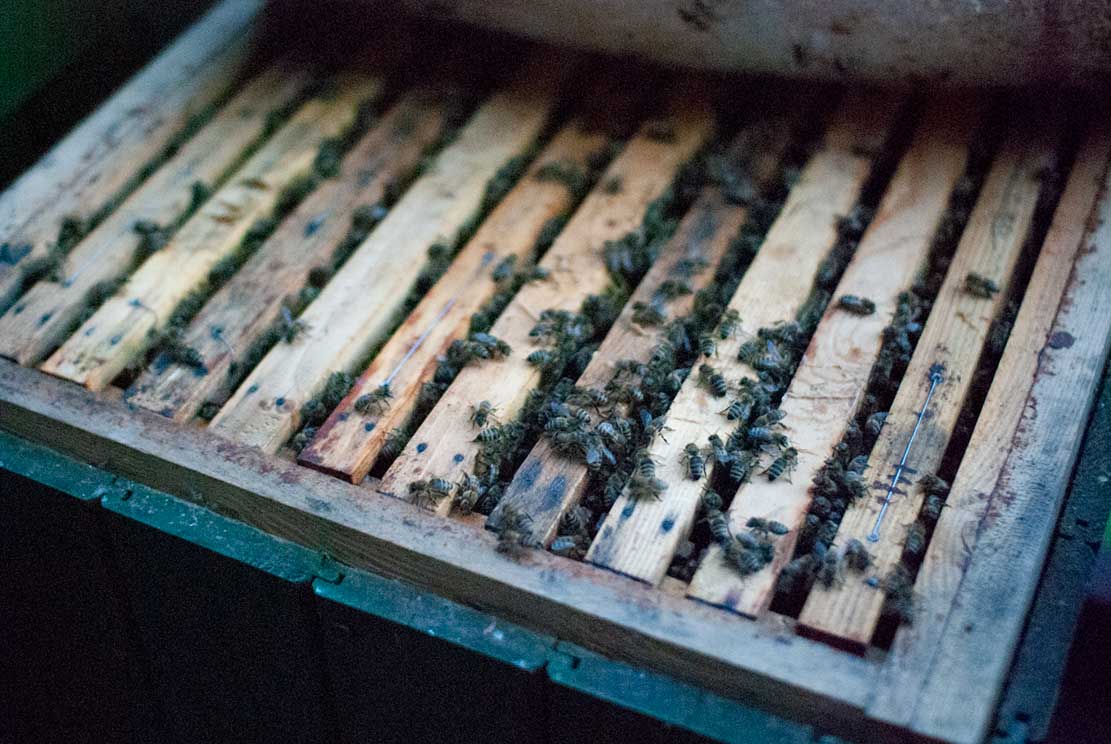 Overcoming fears while facing them

There has been no time we spent in Poprad in the past without a hiking trip for a few days in the High Tatras Mountains. So, we were off again, this time for 4 days, 40km and 3.2 km ascending and descending, to experience their beauty.

Our route started in Tatranské Matliare. From there we walked up to Chata pri Zelenom plese (The Mountain Hut by the Green Tarn, or Brnčalka). As the weather forecast was good, we decided to spend the night (as well as the followings) outside bivouacking under the sky illuminated by millions of stars. It was our first time in the mountains sleeping at such altitude. A mesmerising and unforgettable experience.

On the third day, Boris joined us. He waited for us at Zbojnícka chata (a mountain hut) where we arrived long after sunset, happy but very tired after another long day of walking.

It was only on the last day that I had another opportunity to work on and surmount my fears, something that happens at least once when we’re in the mountains. It’s interesting how the mind works. Suddenly detecting a threat or danger. Flushing our body with hormones and responding to it by fight, flight or freeze. I can say that the latter is the case for me as the flight option is practically not possible in 2200 m above the sea level.

So ascending and descending the saddle Prielom (2290m) was a good experience and this time I even enjoyed it! There was one particular situation though where I felt quite stressed. This was when I was standing on a ladder descending the saddle. One leg was shaking and the fear was arising. But I managed to calm myself down and make it. However, I would certainly still be up there if there wasn’t Jozef. He has this beautiful ability to stay calm in such situations and to help me to regain trust and confidence.

With hindsight, I feel that by surmounting my fear I have grown again a little more personally. 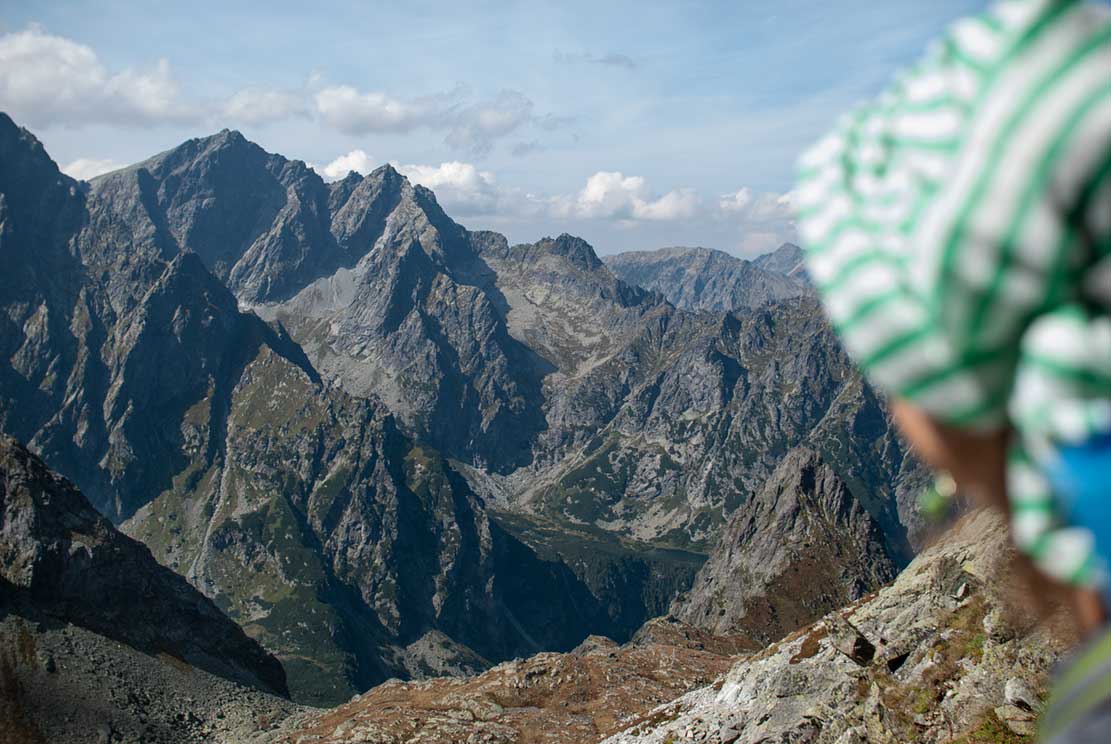 Coming to the end of our stay in Slovakia, we feel grateful for the time we spent with so many different personalities as well as for the many conversations we had about life, its origins and its obstacles, parenting and change.

The second part of our journey has arrived. From now on, we will only travel north. Next stop Berlin.

P.S.
Here you have access to additional photos. If you don’t have a Facebook account just select ‘Not Now’ under the green button and see them all.